Salute again, this is evility, who is a day late… Nevertheless, I shall unveil the last two main characters of the series today! 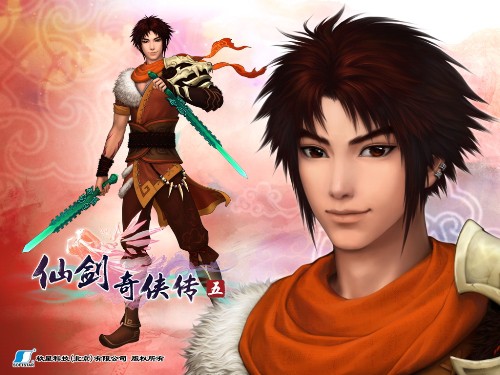 Unlike the minor characters, major characters do NOT have profiles about them; instead, they have character poems. From the poem released for Jiang Yun Fan 姜云凡, he is of a bit of a wild character, and looks upon the world with a nonchalant attitude. From every angle, though, I think he looks like a more evil Yun Tian He 云天河… Another interesting thing to note about him is that he appears to be using two swords. Practically since PAL 1 , it has always been a girl who equips two swords/daggers as weapons, and it’s really interesting to see a guy up for it this time.

The offical website has released action figure drafts which are below: 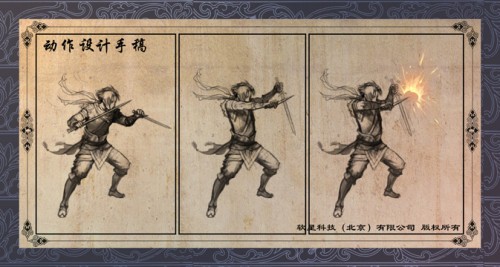 And, of course, the main characters have a privilege of having chibi versions of themselves. To finish off with Jiang Yun Fan 姜云凡, here’s the chibi:

Doesn’t he look a tad evil-ish? Evility finds that both Long You 龙幽 and him have such a half-evil aura to them. This could get very interesting.

Now let’s move onto the female. 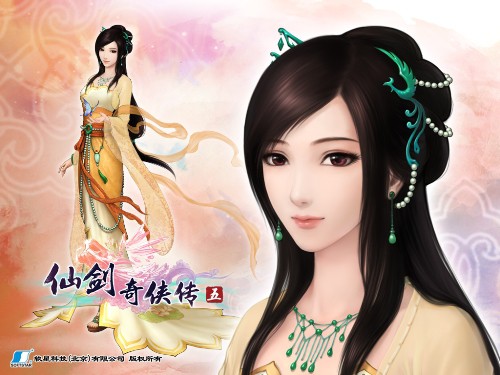 Her character immediately reminded me of Liu Meng Li 柳梦璃 in PAL4. Both of them seem the quiet, elegant type. And indeed, her character poem reflects her elegance, as well as her determination, and that she has no regrets about her adventures as she dances in her pool of feelings. It cannot help but make me curious; who would be the man that captures her feelings?

Her weapon is an umbrella as well as a flute, which shall be an interesting combination to watch: And to finish off, her cute little chibi: 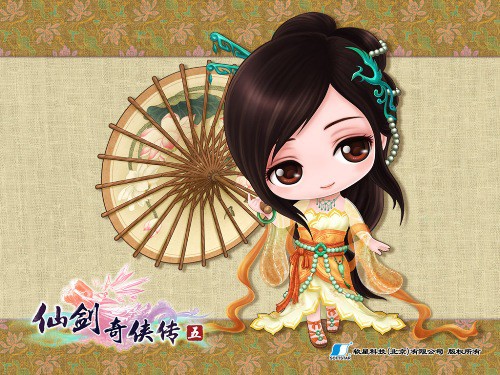 Now, huzzah! We are up to date with all the released characters of PAL5. Are you excited already? Can’t wait to play it and find out about the interesting story? evility will keep you updated as soon as any more information appears on the official website and the development blog! Keep your eyes out for that!