If you’re one of the many who grew up playing XianJian QiXia Zhuan 仙劍奇俠傳 during the mid 90s, you would have experienced the breathtaking classic Chinese RPG as a child. The game for English players was simply known as PAL due to the game extension being “pal.exe”. The title has since been translated into “The Legend of Sword and Fairy” which is also known as  “Chinese Paladin”, the title for the 2004 TV drama adaptation of the game.

PAL DOS/95/98: Xiaoyao and Yueru find a snake in Ling’er’s room (Who is actually Ling’er in her nuwa form)

So maybe you didn’t know about the game until you watched the drama. You’re keen on checking it out and giving it a play. However, you soon realise that there are a few versions… so, which one should you play? Here’s a quick run-down:

First released in 1995, it is often cited as the most successful video game in Taiwan and Mainland China. It is also the hardest out of all versions due to the long and difficult mazes the player must overcome. (I think the challenge is fun though :D) 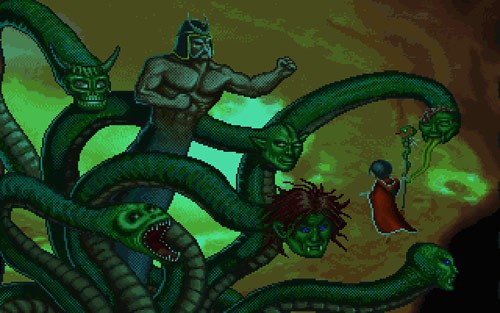 A re-release for the Windows 95/98 platforms. Some  typos and bugs in the DOS version were removed, and the whole difficulty reduced by simplification of mazes. Additionally, three-dimensional AVI clips were introduced in place of the original static pictures. (I personally don’t mind the DOS version even though they’re static.) Also, the RIX music used in the DOS version was replaced with MIDI tracks, which is inferior in quality to RIX. 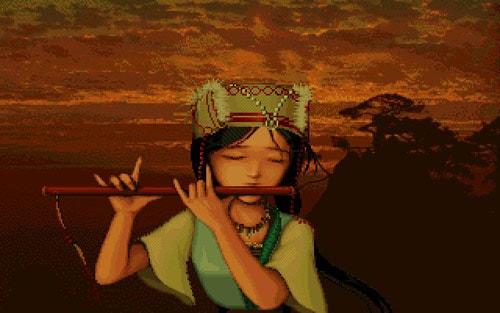 A Nu during the ending sequence of the game (DOS) 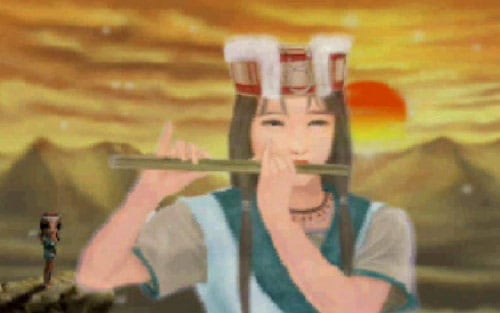 This is a remake of the DOS version, with minimal changes to the original storyline. There are two alternate endings dedicated to the two female protagonists Zhao Ling’er and Lin Yue Ru. Initially released in 2001, it was titled in Chinese as Xin Xianjian Qixia Zhuan 新仙劍奇俠傳.

To compare the differences visually in all version, please out the image gallery below.

Like what you see above? Lucky for you, all XianJian QiXia Zhuan game files and download can be found in the XianJian Fan Club, our community of English speaking XianJian Fans.

The forum is accessible to everyone, apart from the Goodies & Downloads thread which requires users to be logged into the forum. So if you’re keen, why not register to the forums? The community is also very helpful if you come across any problems =)

Is the game in English?

If you’re asking this question, it’s likely you can’t read Chinese or not very good at it. When I played the game, I wasn’t very good at Chinese either, yet I understood most of it and got around the game quite easily. Other English fans have claimed they played the whole game without knowing the language at all. It’s always good to know what they’re saying, though there is no official English release of the game. However, many fans are working on projects to translate the game into English and patches are available in the forum to download.

PAL 2 Legend of Fairy and Sword