Two more Xian Jian 5 characters have been released! In terms of development, PAL5 is currently at about 65% finished. The first draft of CGs, music, etc. are being completed. We should also note that the previously released character names (“青石 ‘Green/Blue rock‘、毒影 ‘Poison Shadow’、血手 ‘Blood Hand’ ) are not their real names, but their codename used in their respective fractions.

The new character Ouyang Qian (another supporting character) is closely related to the main plot so not much can be revealed at this time. Stay tuned with Chinese Paladin Fan Website for more info. 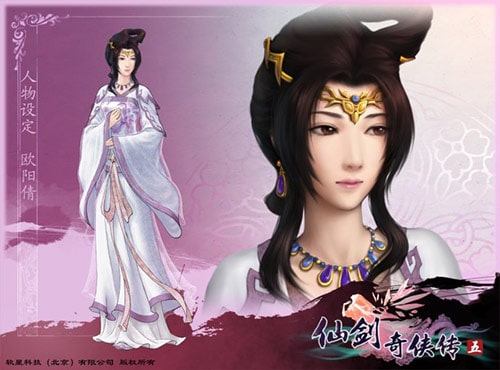 Background: born to a large family

Personality: soft on the outside, strong on the inside 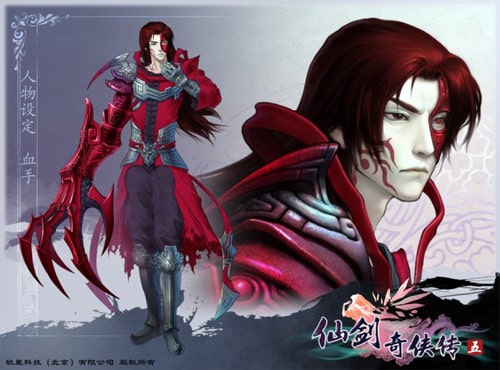 Another supporting character. Unknown if he is friendly or hostile towards the main characters. He has some relations to a previous character that we have revealed (possibly Du Ying ‘Poison Shadow’)

1. Dark and powerful. A member of one of the four main factions of PAL 5.

2. Loyal. Willing to sacrifice anything to save his master.

3. Imprisoned for 20 years. His face is disfigured but his heart is not.

4. Freed again. And the youth (presumably the one freed him) in front looks familiar.