Why Chinese Paladin 2 was probably not filmed

Why Chinese Paladin 2 was probably not filmed

Please note: This is my personal speculation and opinion as a fan and any written content here does not reflect the production company’s views and should not be considered an official source.

After the success of the Chinese Paladin drama (XianJian QiXia Zhuan) starring Hu Ge as Li Xiaoyao, Liu Yifei as Zhao Ling’er and An Yi Xuan as Lin Yue Ru, many fans were left dying for more. The ending was so sad that fans have even produced their own alternate endings in the form of video & fanfiction to fill in the void in their hearts.

However, is a sequel actually possible?

Although the drama was based off the game, there were some drastic changes made in the story, characters and relationships. For one, and I think this is the biggest problem, is that the protagonist of “Legend of Sword and Fairy 2” is actually Wang Xiaohu. Does the name sound familiar? That’s right, Xiaohu is Li Xiaoyao’s dotty unattractive friend who appears in the first episode.

In the original game, he was supposed to be a 10 year old boy who lives in Li Xiaoyao’s hometown. He looked up to Xiaoyao as his idol and wanted to be like him one day. Li Xiaoyao is supposed to be heroic, righteous and filial, though he is far from that in the drama adaption. While there is nothing wrong with a bit of character change, this makes Xiaohu’s relationship with Xiaoyao already quite different… and Xiaohu’s character in the drama isn’t that appealing. 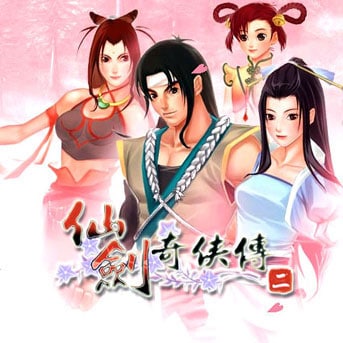 Moving onto my next point, another Chinese Paladin sequel “killer” is the ending and the director’s choice to kill off all the main characters (apart from Li Xiaoyao). Aside from Zhao Ling’er, none of the other characters are supposed to die. Lin Yueru is supposedly “revived” in the end, and neither Ah Nu or Tang Yu sacrifice themselves. Liu Jin Yuan is nowhere near as significant as he was in the drama, and also does not die. Now that most of the main cast are dead, what would happen in a sequel? It sounds like something quite hard to pull-off well.

Therefore, instead of creating a drama based on the second series, the company decided they would jump straight to Chinese Paladin 3, a prequel to the original series which occurs 50 years before. This seems to resolve all of the problems we discussed above. The prequel has a much stronger story-line than Chinese Paladin 2 (which sadly turned out to be a flop).

The development of “The Legend of Fairy and Sword 2” (PAL2) game has been planned since 1997 by the same group who created the first. However, many issues were risen due to poor management and conflicting views in the company.  The project was eventually left abandoned by the original team, but later continued by the DOMO group with a very tight deadline, leading to poor quality. Out of all Chinese Paladin games, the second was probably the least enjoyed by fans. The original PAL2 game eventually became PAL3.

I think was an excellent decision to include Hu Ge in Chinese Paladin 3, as we all love familiar faces and since we couldn’t get a sequel with the other casts, having Hu Ge somewhat makes up for it (And of course, having a cameo appearance is good for laughs too ;))

I hope this provides an insightful view onto why Chinese Paladin 2 was probably not made into a drama. Whether the reasons are justifiable or not are left up to the viewers. As much as I’d love to see Hu Ge and Liu Yifei paired up again, I think the chances are very slim. I personally loved Chinese Paladin 3 and would recommend anyone who enjoyed (or disliked) the first series to give it a go. You can purchase the DVD here or download the entire series with English subtitles.

Let’s just hope they will film Chinese Paladin 4 and 5 in the near future! I will definitely be waiting for it 🙂

Join in our discussions on the various Chinese Paladin sequels/prequels in our forum.