Actress Liu Yifei has been cast to play the coveted role of concubine Yuji in the historical film “White Vengeance”…thanks to her nose!

“I like her nose very much,” director Daniel Lee gave his praise to Liu on Thursday, “It shows the tenacious side of a purely beautiful actress.”

The director explains that although the film is male-dominated, Yuji is a key character.

The film recalls the banquet of Hongmen, a well-known event in 206 B.C. where warring general Xiang Yu was motivated to assassinate Liu Bang, his rival.

Yuji was Xiang Yu’s consort. Their romance inspired the classic Peking opera play, “Farewell My Concubine”, from which Chen Kaige made his Oscar-nominated film of the same name.

Director Lee said Leon Lai would play Liu Bang in “White Vengeance”. But the actor for Xiang Yu is still being kept under wraps.

Filming will start in two weeks.

While Liu Yifei is preparing to play Yuji, casting for the role in another new film on the same subject has become arduous. Director Lu Chuan, who is helming “The Last Supper”, has launched nationwide auditions to find an actress who he hopes has “a new face, a pure appearance and a strong mind.” 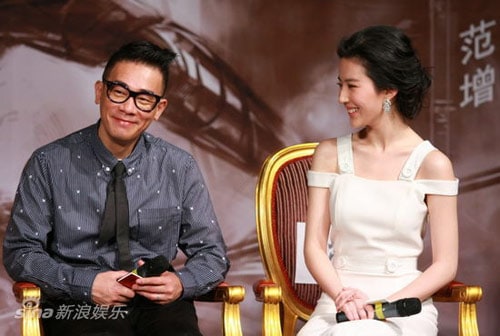