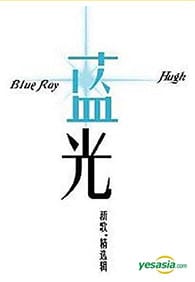 “Mainland Chinese actor/singer Hu Ge has starred in a string of hit TV dramas. Riding on his screen popularity, Hu’s singing career took off in 2004 with his Chinese Paladin Drama song “Rainy June”. A debut EP, a full-length album and some drama theme song singles later, the heartthrob from Shanghai is bringing fans a greatest-hits album called Blue Ray with new and unreleased songs. The 15-track collection features many of Hu’s hits, including “My Love For You Won’t Change” (Till Death Do Us Part), “Dark Cloud” (The Eagle Shooting Heroes), “Forget Time” (Chinese Paladin Drama III), and “Tell Him I Love Her” (The Young Warrior). Three new songs are thrown into the package, among which is the title song “Blue Ray” which is described as a breakthrough for Hu’s vocal style, a rock ballad about the imaginary romance between the sea and the sky. Another new song called “Dare to Love or Not” is the theme song for the online game Fantasy Zhu Xian.”