Here are some photos of Crystal Liu Yifei at the press conference along with the director. 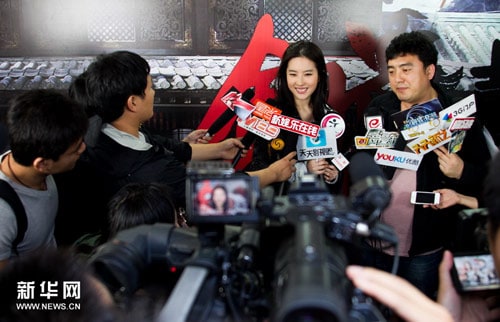 The cast members also include Japanese actor Hiroshi Tamaki and Taiwanese actor Alec Su. The movie is scheduled to be released on October.